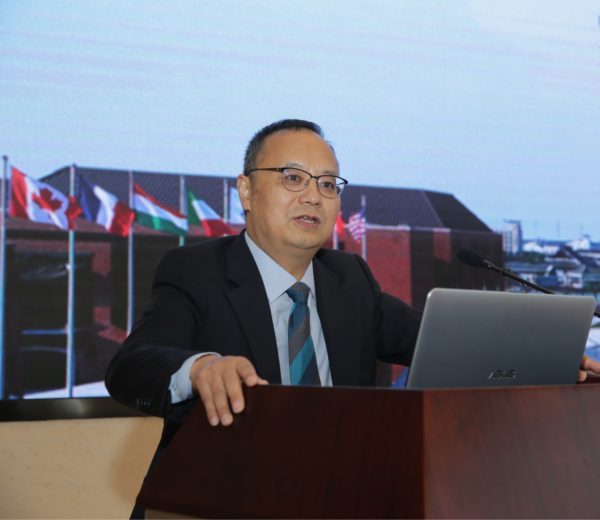 Professor Yonghua Song has been serving as the ninth Rector of the University of Macau since 9 January 2018. Professor Song has held a number of leadership positions at British and Chinese universities and has rich experience in higher education management at a senior level. He has been actively promoting internationalization and institutional cooperation and is particularly familiar with the development and operational models of higher education institutions in Europe, the United States and Asia.

In 2009, Professor Song was invited to return to China as a professor in the Department of Electrical Engineering and Assistant President at Tsinghua University. He was appointed Director of Chinese National Office of the Recruitment Program of Global Experts in the same year. From November 2012 to December 2017, Professor Song served as Executive Vice President at Zhejiang University, Founding Dean of International Campus and Professor of Electrical Engineering and Higher Education at Zhejiang University. He played an active role in promoting globalization, planning of university development and facilitating the recruitment of top young talents at Zhejiang University. Professor Song has also served as Vice President of the second and third councils of the Chinese Society of Educational Development Strategy (CSEDS), where he focuses on promoting and formulating education development strategies, education planning, as well as conducting research and advising on major policy-making. He was elected Vice President of the Chinese Educators’ Association of Macau in 2019 and Vice President of the eighth council of the China Association of Higher Education in 2022.

Prof Song is a chair professor in electrical engineering at the University of Macau and the Director of the State Key Laboratory of Internet of Things for Smart City. He has long been engaged in research on power system analysis and control, and is internationally known for his systemic and innovative contributions to the safe and efficient operation of low carbon power systems. In 2020, he won a second prize of the State Scientific and Technological Progress Award and the prize for Scientific and Technological Progress from the Ho Leung Ho Lee Foundation. In 2022, he was awarded the Guanghua Engineering Science and Technology Prize. Professor Song was elected a fellow of the Royal Academy of Engineering (UK) in 2004, an IEEE fellow in 2008 and a member of the Academia Europaea in 2019. He is also a fellow of the Institute of Engineering and Technology (IET), a fellow of the International Euro-Asia Academy of Sciences, Vice President of the eighth and ninth councils of the China Electrotechnical Society (CES) and Vice President of the ninth and tenth councils of the Chinese Society for Electrical Engineering (CSEE). Professor Song has an early connection with Macao as he has been appointed an advisor to the Science and Technology Committee of the Macao SAR Government since 2002.