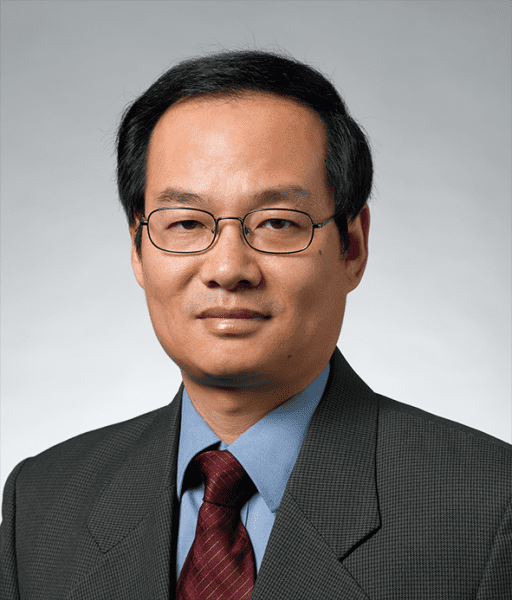 Professor Wei GE was appointed as Interim Vice Rector (Research) of the University of Macau (UM) on 13 December, 2018 and Vice Rector (Research) on 18 February, 2019. Before taking up the vice rectorship on research, Professor Ge had worked at UM as Chair Professor for more than five years. He has also served as Interim Dean of the Faculty of Health Sciences (FHS) (2013-2014), Associate Dean of the FHS (2013-2018) and Interim Dean of the Graduate School (GRS) (2018-2019).

Professor Ge received his BSc from Nanjing University in 1982, MSc from the Institute of Hydrobiology, Chinese Academy of Sciences (CAS) in 1985, and PhD from University of Alberta, Canada in 1993. After obtaining his PhD degree, he was awarded a federal scholarship by the Natural Sciences and Engineering Research Council of Canada (NSERC) to work as a postdoctoral fellow at the National Institute for Basic Biology (NIBB) in Japan.

Professor Ge joined the Department of Biology (now School of Life Sciences) of the Chinese University of Hong Kong (CUHK) as Assistant Professor in 1995, and was promoted to Associate Professor in 1999 and Full Professor in 2004 (early promotions for both). In addition to teaching and research at CUHK, he was also involved extensively in administration at all levels including programme, department, school, faculty, residential college, and university. In 2008, he was in charge of establishing the Programme of Cell and Molecular Biology (CMB) at both undergraduate and graduate levels and then served as founding Director of the Programme, which has been recognized as an elite programme in the School of Life Sciences, CUHK (Hong Kong). In 2017, he helped establish the School of Life and Health Sciences at CUHK (Shenzhen) as member of the Planning Committee.

Professor Ge is a devoted teacher and educator. His teaching covers a wide range of subjects, including general biology, physiology, signal transduction, vertebrate life, human biology, diversity of life, and molecular biology and biotechnology. While working at CUHK, he received the Vice-Chancellor’s Exemplary Teaching Award twice and the Faculty of Science Exemplary Teaching Award four times, making him one of the most celebrated teachers at the university.

In 2013, Professor Ge moved to UM as Chair Professor and helped establish the FHS, serving as Interim Dean and Associate Dean afterwards. He has also been serving as Director of the Centre of Reproduction, Development and Aging of the FHS. In addition to teaching, research and administration at the FHS, he is also active in providing services to the university community at all levels.

Professor Ge’s primary research interest is molecular endocrinology of reproduction, and he has been using zebrafish as the major animal model. His current research focuses on reproduction, development and aging, including: (1) endocrine regulation of reproduction by the reproductive and growth axes; (2) intra-follicular paracrine/autocrine communication network in the ovary; (3) impacts of environmental endocrine-disrupting chemicals (EDCs) on reproduction and public health; and (4) zebrafish as a model for aging, human diseases and drug discovery. His research uses a variety of techniques in molecular and cell biology, physiology and genetics, including the newly-emerged genome-editing technologies, i.e., TALEN and CRISPR/Cas9. In the past two decades, the research achievements of Professor Ge have firmly established his laboratory as one of the major leading groups in the world in comparative endocrinology, and he is a frequent invitee for lectures at various international conferences.

As Vice Rector on research, Professor Ge is determined to serve the UM community and to create an environment for quality research and high productivity. He will strive to achieve this by fostering a harmonious research culture for interdisciplinary collaboration and streamlining supporting systems for high efficiency. While providing service and support to UM’s research community, Professor Ge is also keen to promote collaboration with the business and industrial community to apply the scientific achievements of UM researchers. This will not only benefit the Macao society, but also help establish UM as an influential research hub in the Greater Bay Area.